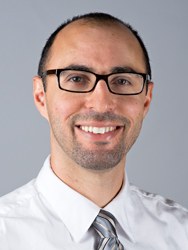 Since 2014, I’ve been privileged to be an Assistant Professor in the Department of Neurology at UNC-Chapel Hill.  Prior to that, I attended Duke University as a graduate student and became enamored with North Carolina. Now, we seek to fully … Continued 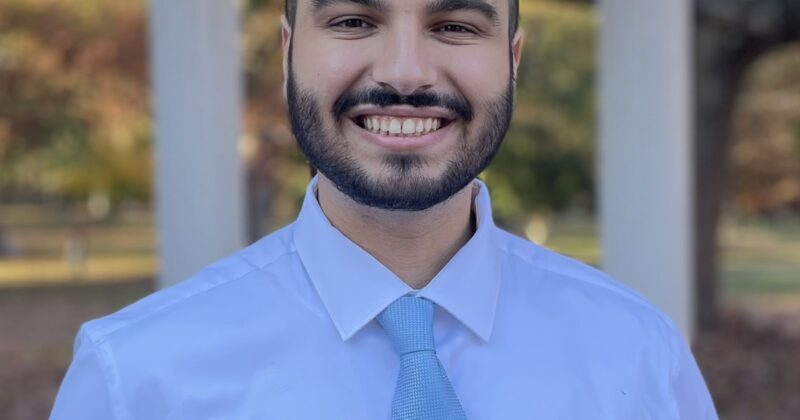 Robby graduated from UNC Chapel Hill in Fall 2021 with a B.S. in Neuroscience and a B.A. Religious Studies. After working briefly as a middle school science teacher, Robby joined the Cohen Lab as a lab technician/manager in 2022. … Continued 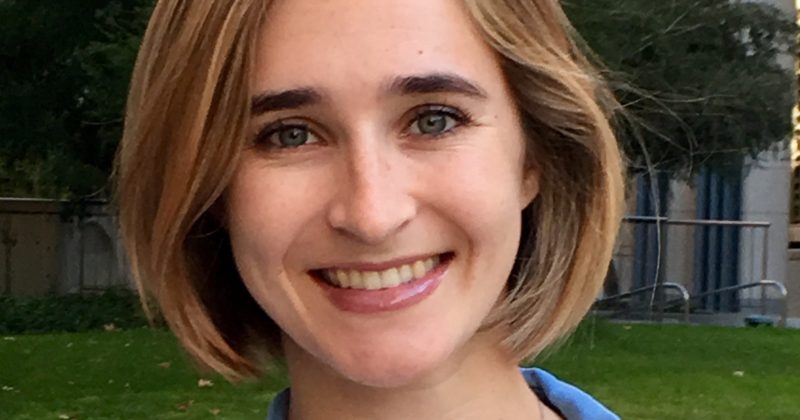 Carli is a fourth-year Ph.D. candidate in the Neuroscience curriculum. Before coming to UNC for graduate studies, Carli received a B.S. in Cellular and Molecular Biology at California State University, Northridge. She worked with Dr. Randy Cohen studying the neurodegeneration … Continued 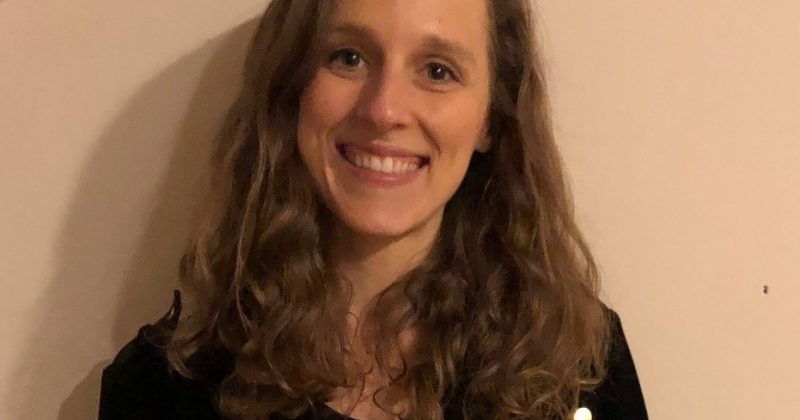 Julie is an MD/PhD student who completed the first two years of the UNC School of Medicine curriculum and then joined the Cohen Lab and the Cell Biology and Physiology Department full-time in 2019. She graduated from Pomona College in … Continued 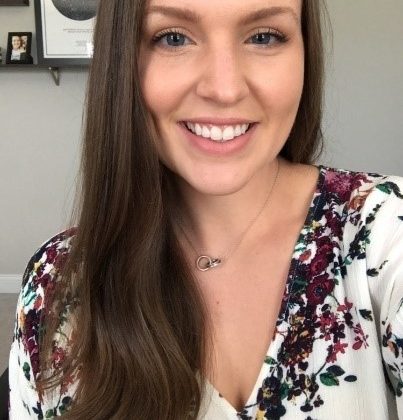 Shannon is a second-year graduate student in the Neuroscience Curriculum. She graduated from University of Maryland in 2016 with a degree in Microbiology. She worked as a Lab Manager in Dr. Frank Shewmaker’s Lab at Uniformed Services University where she … Continued 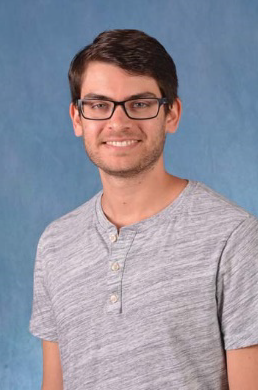 Baggio is a third-year Ph.D. candidate and NSF fellow in the Department of Cell Biology and Phisiology. Before coming to UNC for graduate studies, Baggio received a B.S. in Molecular and Microbiology at the University of Central Florida (UCF). There … Continued 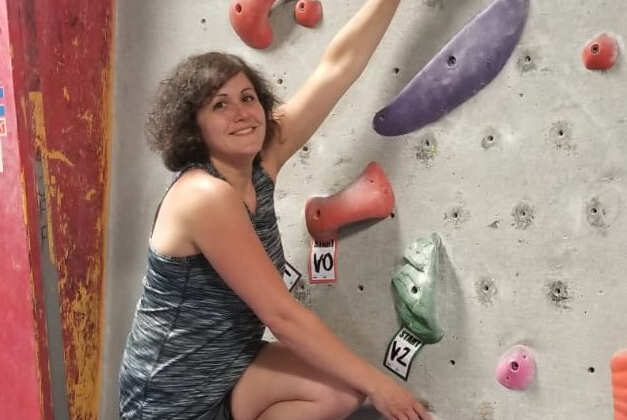 After graduating with a M.S. in Molecular Biology from Università degli Studi di Milano-Bicocca in Milan I joined the European School of Molecular Medicine where I obtained my Ph.D degree. For my graduate work, I studied the role of Polycomb … Continued 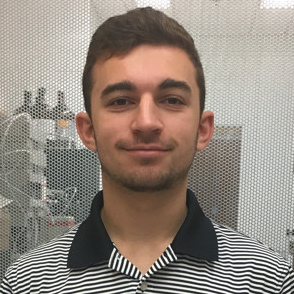 Spencer is a fourth year undergraduate student at UNC Chapel Hill. He is double majoring in Biology and Neuroscience with a minor in Chemistry in the hopes of studying neurodegenerative disease in the future. Outside of the lab, Spencer enjoys playing guitar, … Continued 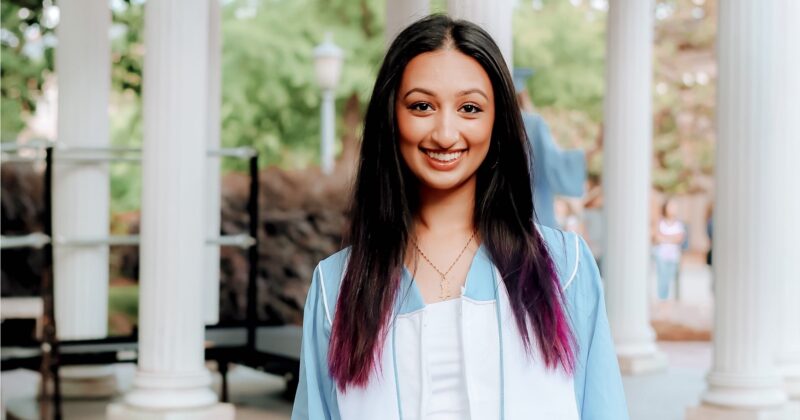 Sara Nafees (she/her) recently graduated from UNC Chapel Hill with a B.S. in Neuroscience and Religious Studies and a minor in chemistry. She has always been interested in neurodegenerative diseases and has been working in the lab particularly with ALS. … Continued 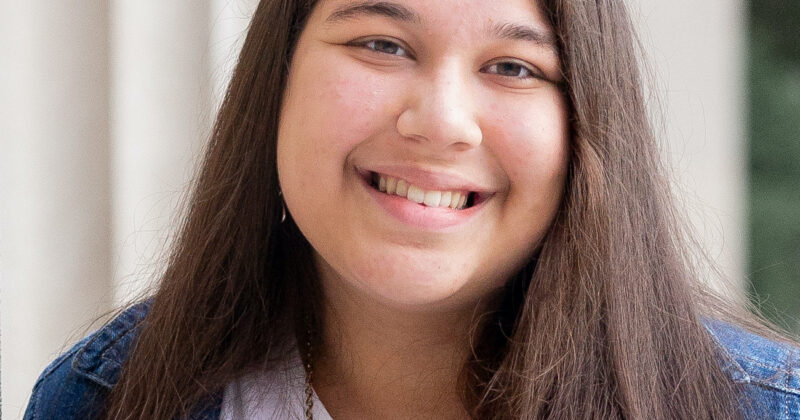 Vanya is an undergraduate student at UNC Chapel Hill majoring in Neuroscience and minoring in Medical Anthropology. She hopes to practice medicine and continue studying neurodegenerative disease in the future. Throughout her time in the Cohen lab, she has examined … Continued 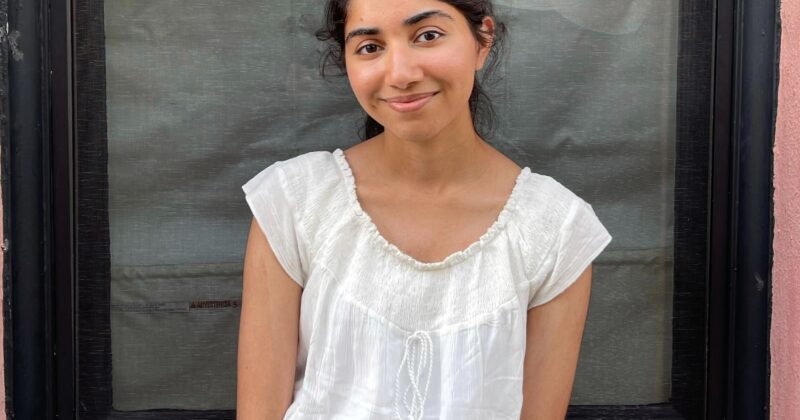 Jasmeet is a third-year undergraduate student at UNC Chapel Hill. She is majoring in Biology with minors in Chemistry and Creative Writing and has been with the Cohen lab since Summer 2021. With the help of her mentor … Continued 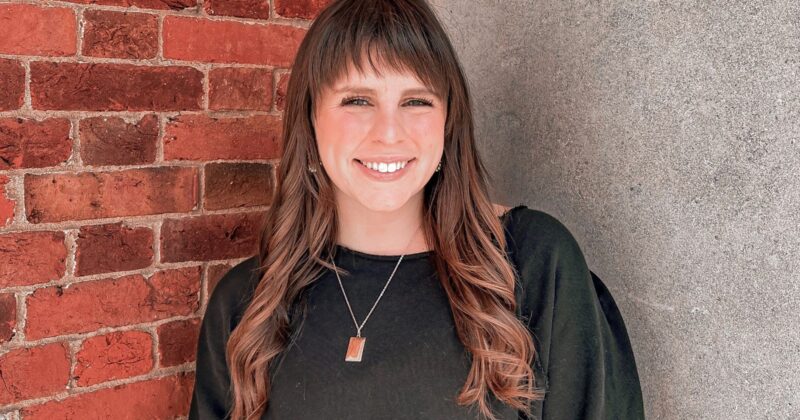 Camryn is a fourth-year undergraduate at UNC double-majoring in Neuroscience and Exercise and Sports Science and minoring in Spanish for the Medical Professions. Before attending UNC, she was a Robert H. Kirsten student intern at the National Cancer Institute in … Continued 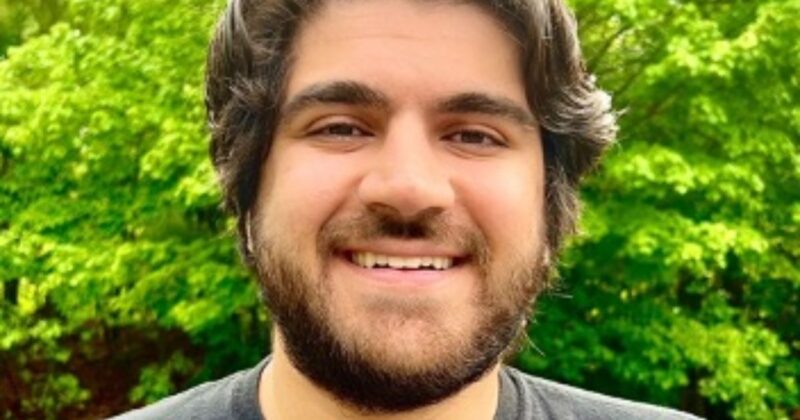 Omeed is a fourth-year undergraduate student at UNC Chapel Hill. He is double majoring in Neuroscience and Quantitative Biology with the intention of practicing medicine as a functional neurosurgeon. Throughout his time at the Cohen Lab, he has examined the … Continued 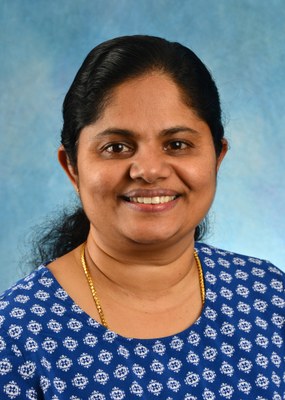 I received my PhD in Chemistry and Biochemistry from University of Missouri- St Louis, where I worked in the laboratory of Dr. Michael. R. Nichols. My broad research interests involve exploring the mechanism of neurological disorders and studies leading to … Continued 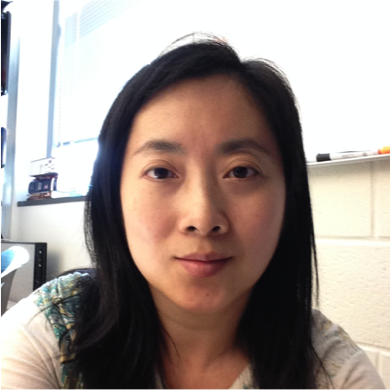 I received my PhD degree in Genetics from North Carolina State University in 2009 under the direction of Dr. Robert Anholt. My PhD thesis project was focused on the identification of genetic variation in odorant binding protein genes that affect variation in … Continued 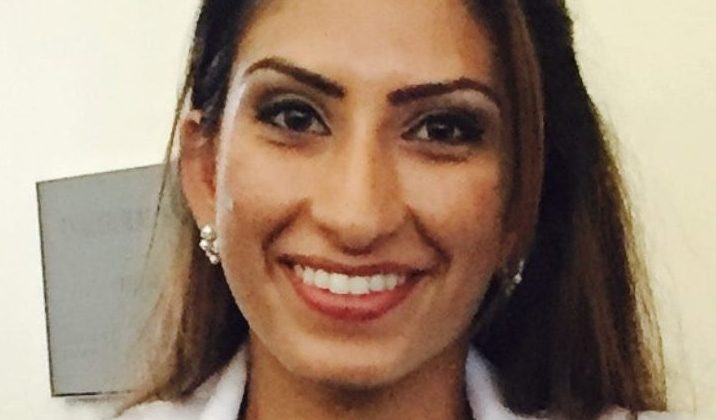 Bhavi graduated with a B.A. in Molecular and Cell Biology (minor in Global Poverty and Practice) from UC Berkeley in 2013. She was involved with genetics and neural development research in undergrad and went on to work in industry on … Continued 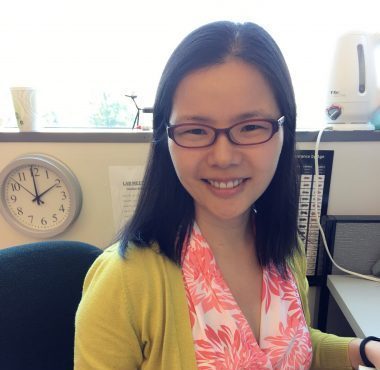 Youjun received her Ph.D. degree in Cellular and Molecular Physiology from University of North Carolina at Chapel Hill in 2010 under the mentorship of Dr. William Snider. She stayed in Dr. Snider’s lab for one additional year as a post-doctoral … Continued 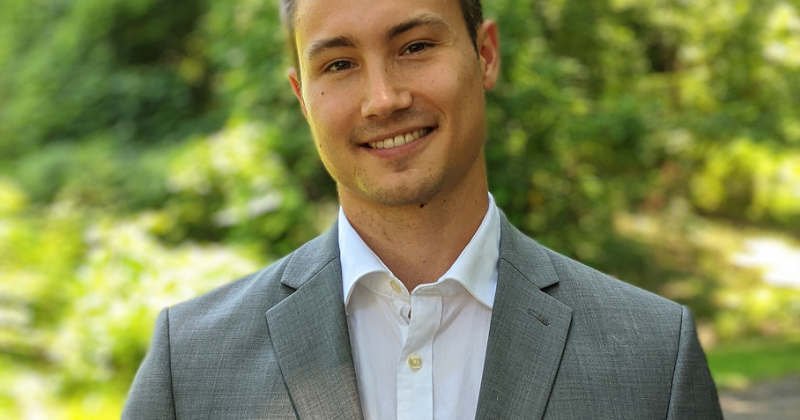 Connor graduated from Virginia Tech with a B.S. in Biology and Biochemistry in 2014, and joined the lab as a technician for two years. He then joined the Cohen and Song Labs as a graduate student where he studied astrocytes … Continued 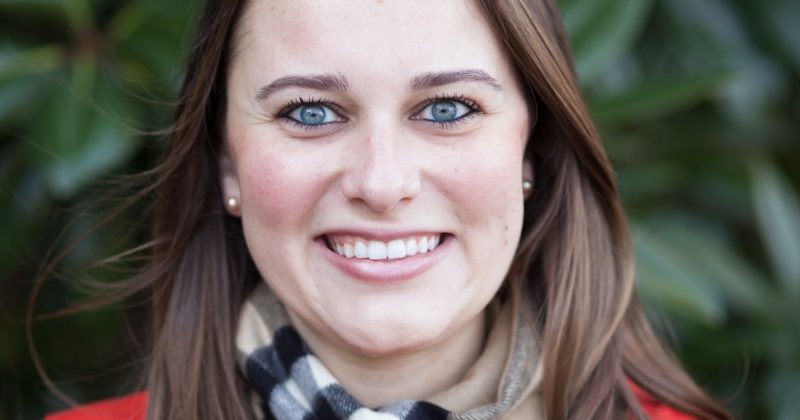 Hanna is a fifth year PhD candidate and NSF-GRFP fellow. She received a B.S. in Biochemistry (and minor in Spanish Language) from Oakland University in Michigan, where she was an undergraduate research assistant in Dr. Sanela Martic’s biochemistry laboratory investigating … Continued 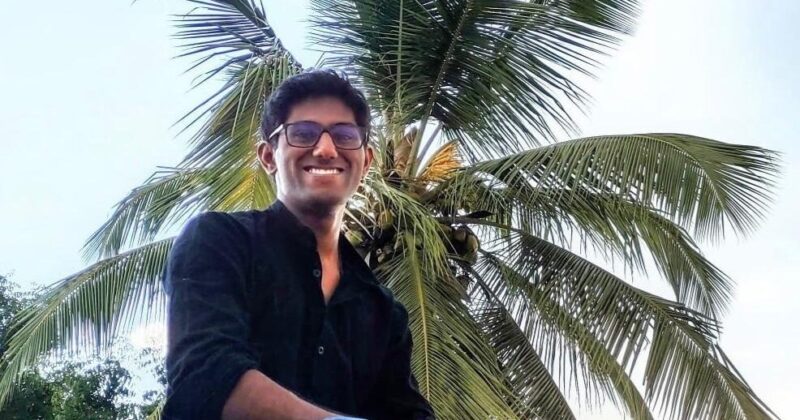 Tejaz Ajit graduated from UNC Chapel Hill in Spring 2022 with a B.S. in Biology, B.A in Political Science, and a minor in chemistry. During his time in the Cohen lab, he studied TDP-43 proteinopathy in sALS under the mentorship … Continued 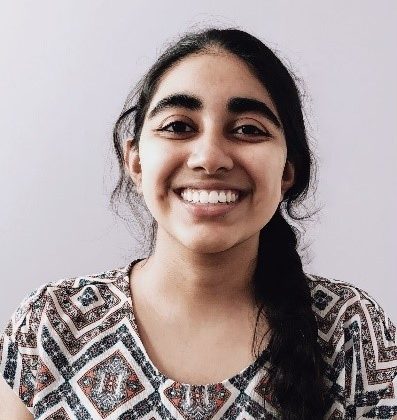 Suvleen is a fourth year undergraduate student at UNC Chapel Hill. She is majoring in biology and minoring in neuroscience and chemistry with the intent to attend medical school. Under the guidance of her mentor Carli, she has been studying … Continued 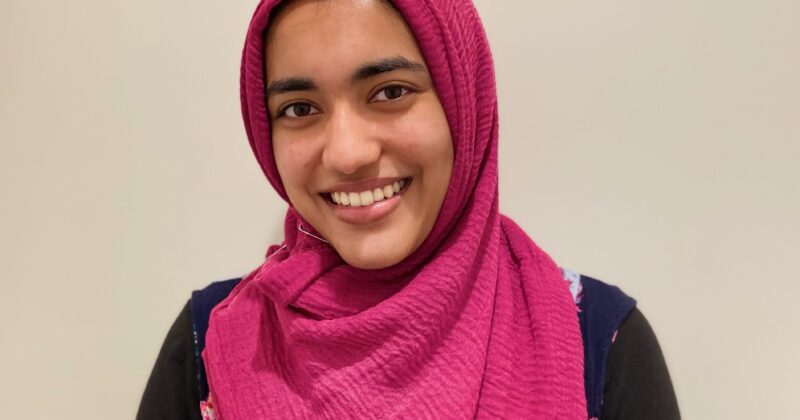 Zarin is currently a Ph.D. candidate in the Biochemistry and Molecular Biophysics (BMB) group at UPenn and is a member of Dr. Jim Shorter’s Lab. She graduated from the University of North Carolina at Chapel Hill in 2020 with a … Continued

Want to contact or ask a question of the Cohen Lab Members?  Hit the ask tab or make your way to the shiny new forums!